This Summer I went to the Museum of Witchcraft in Boscastle, Cornwall, (http://www.museumofwitchcraft.com/) and left full of emotion.  The museum is a bewildering hotchpotch of Wicca, Druidry, Astrology, historical fact and cultural references, plus a case of instruments of torture.  It was these that made most impact on me.  Whatever ill may have been done by witchcraft (and I don’t doubt that it has) for me the bigger story was how women’s wisdom, spiritual strength, and connection to the land, has been so feared by the Patriarchy and Church that thousands of women were persecuted, tortured and killed on trumped up charges.  As a result, we no longer have a cultural icon of a woman in her own power.  A wizard is a man who wields magic, but this word is not an insult in the way that ‘witch’ is.  The word ‘evil’ need hardly be added. 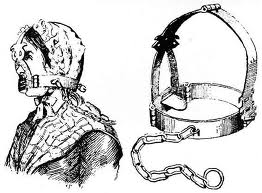 I am very aware that the work I choose to do making ceremony available to people outside of the church, and calling on the sacred by the names of the Goddess, would have made me a prime candidate for burning, had I lived in other times.  So this is personal.  And, as a mother of two girls, I decided that they would not grow up with this stereotype unchallenged.  Straightaway I realised that the woman referred to as a ‘witch’ in a very nice Barefoot picture book I was reading them, was actually just a greedy old woman.  Every time we got to the word in the book I changed it, and told them why.  I was feeling pretty pleased about my small cultural activism, and then we got home and discovered that Penny’s class would be focussing on Hansel and Gretel this term.  My hackles rose.  It’s not that there should be no stories with evil child-eating women in them.  They are great fun to tell, and after all, the children outwit her and she gets her come-uppance.  It’s just that I don’t want my children to think they are the only powerful, eccentric females to be found in the woods.

I offered to go in and tell a story to Penny’s class.  After much inner debate, I decided to make up a kind of Hansel and Gretel / Crescent Moon Bear mash up, with apologies to Grimms and to Clarissa Pinkola Estes.  Here it is, in brief.

We all know how the story begins: the cottage near the woods, the weak father newly married to the conniving stepmother.  Winter approaching, and the lack of food.  The children overhearing the stepmother convince the father to take the children into the woods and leave them there, to be eaten by wild animals. 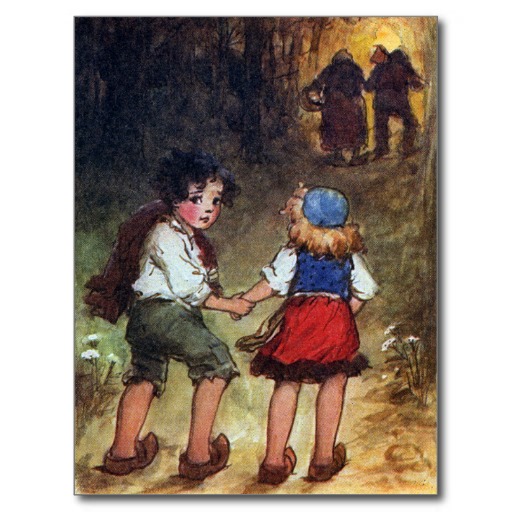 We know how the children survive the first time by the wit of Hansel, who throws white stones behind them, so that they can find their way home in the moonlight.  A few days later, the children overhear the plot to abandon them in the woods again, and this time the door is locked against them.  But what if at this point, Gretel said to Hansel,

“There is somewhere we could go.  We could creep out of the downstairs window and go to the house of the wise woman.  Maybe she could help us.”

“You mean the witch?  You know we’re not allowed there.”

It was true.  None of the children were allowed down the track that led to the house of the wise woman, for fear of her magic.

“I know.  But what other choice do we have?”

What if they slipped out in the night, and found their way to her door?  Perhaps an owl flew in front of them and encouraged them on.  They saw smoke coming from her strange hut.  They knocked at the door, trembling, and a face as old as mountains greeted them, invited them in.  By the light of the fire, she made them a hot drink with herbs they didn’t recognise, and heard their story.

“We wondered if you could make a potion to make our stepmother kind.” Gretel ventured, looking at the bunches of herbs drying upside down from the roof, the racks of bottled ingredients on shelves.

The old woman grunted, looked Gretel deep in the eye.  Then she went to her stores, reached up to the top shelf, took down a jar, opened the lid and sniffed.

“That’s a pity,” she muttered.  “I’m all out of the most essential ingredient: hair from the great bear who lives in the forest.  Unless, that is, you would be brave enough to go and fetch some for me?”

And so the story continues, in a form some of you will recognise from The Crescent Moon Bear.  The children take bags of provisions, and go deep into the forest, tracking the bear.  When they come near, they leave out food for it, and gradually are able to come closer, until the day when they stay right beside the food and reach out to touch the great beast, and take one of its hairs.

With the hair safely stowed in a leather pouch around Gretel’s neck, they return to the house of the wise woman.  She tests the hair with her teeth, and smiles her broad and toothless smile.  Then she drops the hair into the fire, where it burns with a wisp of smoke.

“Do not worry,” she says gently, observing their horror.  “You have no need of a potion.  You are not the children you were when you first came here.  Go back to your father’s house, and you will see what you will see.”

Taking their leave of the old woman, the children return to their home, to the warm embrace of their father.  Their stepmother, however, shivers as they look through her and through her, and before Spring comes, she has packed her bags and left.

At the end of the storytelling session, the children made drawings.  Bears and jars of ingredients on shelves abounded, although many of the children couldn’t shake the image of the candy house from their minds, and drew it even though it didn’t feature in my story at all.  One child had drawn a stick woman with a pointy hat and a big smile.  I asked about this and was told, “It’s because she’s a good witch.”

Clearly, it takes more than one story to reverse the oppression of centuries.  However, it felt like a good beginning.  That day, I left the classroom with a big smile too.

2 Comments on “A New Story for Halloween”